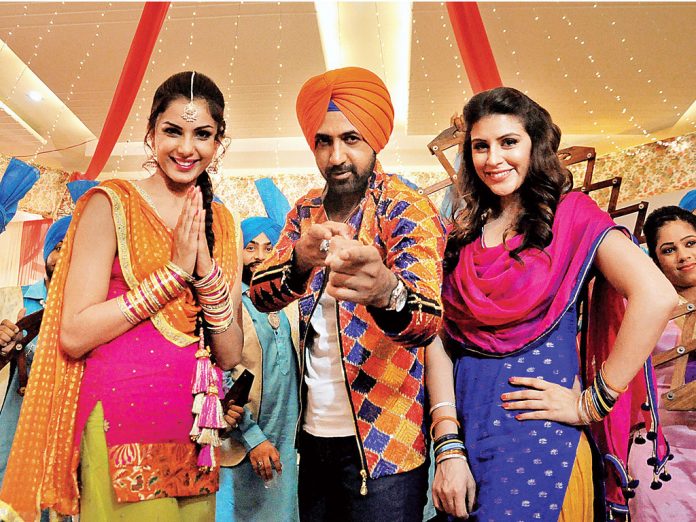 Pollywood has always been the best platform for the budding actors and singers to acquire the much needed recognition. The Punjabi industry has produced such great artists that they have got the opportunity to showcase their talent in not just Pollywood, but even Bollywood. Let’s take a look at few such rising stars…

DILJIT DOSANJH
The dashing hunk of Pollywood, Diljit Dosanjh has definitely made the Punjabi industry proud of him, as he has signed two Bollywood movies. The first movie Udta Punjab, in which the talented actor got a chance to work with Alia Bhatt, Shahid Kapoor and Kareena Kapoor Khan, showcasing the situation of Punjab and the second movie Phillauri casting Diljit and Anushka Sharma.

SURVEEN CHAWLA
The charming beauty Surveen Chawla who has won our hearts with her amazing acting skills in various hits such as Saadi Love Story, Singh vs Kaur, Hero ‘naam yaad rakhi’ and so on, made it big in Bollywood movies such as Hate Story 2, Creature 3D, Welcome Back and many more. No matter whether it’s Hindi Cinema or Punjabi Cinema, Surveen has achieved great fan following on both the fronts.

GIPPY GREWAL
Gippy Grewal, a renowned name in Punjabi industry has been spreading the magic with his soulful voice for years, and when it comes to acting, the singer turned actor left his speechless with his great performance. No matter whether it’s the role of a serious character or a comedian, Gippy has mastered both, and this is what made him be a part of Bollywood with the Indian romantic comedy movie Second Hand Husband.

KARTAR CHEEMA
Having displayed his talent in numerous Punjabi videos and hit movies such as Hashar, Yaar Anmulle, Jawani Zindabad, Kabaddi- ik mohabbat, and many more, the tall and handsome Punjabi actor Kartar Cheema got much needed recognition with his appearance in the Bollywood movie Tere Naal Love Ho Gya.

The Look for him

Glimpse Magazine - February 13, 2020 0
Every piece of furniture in your house speaks for you, it reflects your taste and it’s decor completely defines your personality and there isn't...

A VERSATILE PIECE OF HOME DECOR.

The female relationship bar in Punjab is moving beyond the closed confines of homes and is getting cosy in flings outside the grand old...
Read more
Fashion File

Impressive coterie Summer calls for a pair of fresh white sneakers. No matter what you’re wearing or where you’re going, clean kicks are appropriate for...
Read more
Music

People who understand music the attribute they share is that their art taps into the emotions of their audiences.Lets introduce you to the most...
Read more