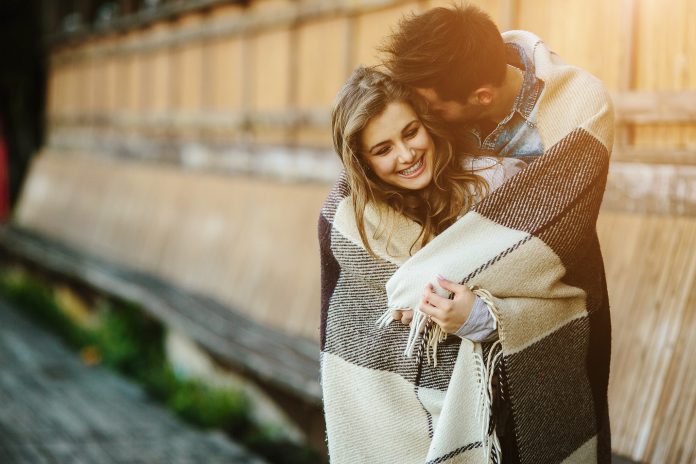 It’s a wedding issue and I really wanted to write something on relationships. Somehow when we talk about our long term boyfriend or when we are in a committed relationship, marriage comes up in a mind at least once a while and sooner or later we are bound to expect him to pop the big question eventually.
Yet, you probably already know that getting a man to commit to the relationship and taking it to the next level is not as easy as it sounds.
Unlike women, men take more time and a lot more prodding to cement the relationship. So, it’s only natural that the big question on many women’s minds is how to get a man to marry you.

The most popular method for most women is to nag and pressure their boyfriends in the hope that he will eventually change his mind. This is the worst thing you could ever do. Pressuring your boyfriend to marry you with a consistent dose of nagging will cause your boyfriend to terminate any plans for a proposal.
He will subconsciously put any growth of the relationship on hold. If you continue to press this strategy, he will eventually just withdraw from you altogether. He may be there in the relationship physically, but mentally and emotionally he will have already left the relationship.
The only way you can get your boyfriend to want to propose to you is by inspiring and motivating him. Once you are able to inspire his emotional core, there is nothing that will stand in his way of walking down that aisle with you.
What will make him want to spend the rest of his life with you? You don’t want to change who you are, but there are certainly small things you can do to create a more meaningful bond and make him want to commit. Of course, there are plenty of things he needs to do for you, too, but if you’re even thinking of spending your life with him, hopefully, that’s already happening.
Here are few ways to make him actually want to marry you, and small changes you can make for everlasting love:

You can only expect him to love you and respect you, if you do the same to yourself. So yes stay active, eat well, take out time to see your family and friends, and make sure you do things that you enjoy. Think positive, concentrate on your education & work goals. Taking care of yourself also includes nurturing your own psychological and emotive growth outside of the relationship. If you don’t look and feel your best, your partner will be able to notice. He wants that self-assured, attractive, and sexy woman, which definitely you are! So, don’t neglect yourself, and taking care of yourself should be your priority.

Don’t lose your temper & accept responsibility in a fight.
Everyone has to deal with ups and downs in life, especially when you are in a relationship fights are a common scenario. You will have tough times, and you will go through frustrating experiences, both with your partner and in your own personal life. Men need a partner who is empathetic and can get through those difficult times during a nuptial. Before you whiplash on him, take a deep breath and tranquil your sentiments. When you remain calm and express yourself, you allow room for both of you to improve your communication and connection. If something is your fault, accept responsibly for it and make an immediate apology, doing so will teach him to do the same, and bring you closer in your relationship.

Have Faith in him.
Don’t be scared that he’s going to run off with some other woman, or that he’s lying to you about everything. Doubting on him, will make you lose him, if not now then maybe in coming time absolutely. If you know he loves you, you need to trust him. Sometimes, it can be hard to let go of your insecurities and trust anyone. If you want this relationship to work, and you want him to see a future with you, you have to let him know that you see his trustworthiness. Keep your promises, and he will likely do the same.

Be sexually pleasing.
Sex is as important as anything else in a relationship but sooner or later sex becomes boring, if there is no excitement in your sexual relationship. Intimacy is really important in a long term relationship. So don’t be shy and get the spice back to your love life, ask him about his fantasies, learn new positions and tricks to perform in bed, bring back the excitement by being a naughty chick, surprise and encourage him there, so that he feels like you’re someone who he could stay with and marry…because you don’t disappoint him in the bedroom.

Show love with ACTION.
I am quite inspired by Robin S‘s song “you got to show me love”. Sure, you said you love him; but words only get you so far. He wants to see you SHOWING it with your actions. But yes at the same time showing affection too plays a role we all want to be held, kissed, and praised by our partner. He wants to see that you can keep those romantic gestures, sensual touches, and loving demeanour alive on a daily basis. Tell him how much you love him and just how much he means to you. Make sure your actions and your words match!

Be the calm in his storm. He’s going to go through tough times, and needs a partner who can be his voice of reason. He’s not looking for someone to make him more anxious and stressed out; that’s when he will run. Be a that calm, wise and loving force in his difficult times. He will notice that and want you constantly around to help him improve as an individual.

Show him that you can’t let him go: Everyone wants to feel pampered and gain importance. It’s a different kind of feel, to realize that yes you are important to somebody. Once you make him clear on this, he will himself not go anywhere. Make your relationship a priority; don’t necessarily drop everything else in your life, but show him that you are loyal, committed to this relationship and you want him to be with you forever.
TEXT: MANOKRITI BEDI

Singh will always be the king

Despite her hectic schedules and the struggles that come with fame, she and her husband Ravi Dubey has managed to give us some major...
Read more
Beauty & Makeup

WHY 80% OF THE WOMEN ARE UNHAPPY WITH THEIR LOOK?

Since the beginning, women get appreciated for their look. We have found lots of historical evidences which show us how women tried dangerous and...
Read more
Entertainment

Glimpse got a chance to have an exclusive tete-a-tete with, an actor, anchor, singer, host and most love-able Punjabi youth icon -B JAY RANDHAWA. He...
Read more