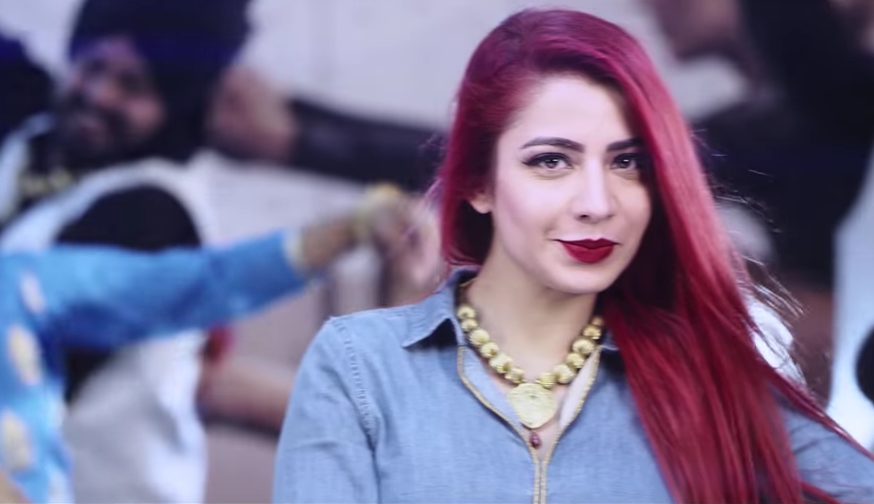 With her fiery red hair and powerhouse vocals, Jasmine Sandlas is one singer who is hard to miss in India and surely hers is a voice that is here to stay. She was only 16 when she first began writing songs. Her musical journey truly initiated after she released her first song (Muskan) in 2008. Born in Punjab and raised in California, Jasmine is now a Mumbai-based singer, made her debut in Bollywood with ‘Yaar naa miley’ in ‘Kick’ (2014). The singer has released many hits after that in past 10 years; She collaborated with artist like Bohemia, Badshah, Honey Singh, Amrit Mann, Garry Sandhu as every artist is different just like her list of songs. She rocked her fans and Pollywood audience with her track ‘Bamb jatt’ which was in collaboration with Amrit Mann. While taking a peek –a-boo into her musical journey we got to know some very interesting things about her.

JOURNEY FROM POLLYWOOD TO BOLLYWOOD

WHEN I DECIDED TO GO SOLO

It’s no secret that Karan Johar considers Kajol to be his lucky mascot and therefore, makes her a part of all his directorial ventures...
Read more
Beauty & Makeup

PAMPER YOUR SKIN WHILE PUTTING YOUR BODY THROUGHIT SPACES

Exercising is important for everyone. Something that is great for your body should not harm how you look. And yet, sometimes, sweating it out...
Read more